The idea of algorithms has been knocking around my head lately.

The first was this tweet from Tim Dyson, CEO of NextFifteen, which I can no longer find which said something like:

‘Will algorithms make better decisions for us than we do or can?’.

And I thought: hmmm, that’s interesting.

The second stimulus for these thoughts is the excellent talk by Kevin Slavin on ‘Those algorithms that govern our lives’ which is absolutely required viewing for all.

So with then I’m accepting that algorithms are already hugely influential in my life, and starting to wonder about what life would be like as they become more present, more influential.

And when it comes to our behaviour, I often think about the things we do that we shouldn’t – they’re the interesting bits.

There’s the mundane stuff, like I eat too much, some people might smoke or drive when they could walk (I sometimes do both of these too!) or stare at attractive people, eat noisily etc etc.

And then there’s the big stuff we do that isn’t good for us – the partners we choose, the financial decisions we make, the workplaces and job crap we accept, the roles we play and the behaviours and habits we allow to lead us.

There’s a lot going on that could in theory be improved, if only we could help ourselves, right?

So we could do with some help, in theory at least. This idea that we could somehow Nike+ life in general, optimise LIFE itself is quite a promise (unless you’re healthily sceptical, which I’m getting to a bit later).

Then if I think about how algorithms – in a form to be described e.g. floating voices that follow us around or robot monkeys or computerised jewelery or whatever – started to ‘help’ us make better decisions, what would that be like?

Would they inform us of the full range of options? ‘Will, I see you’re about to order your seventh burger – have you considered the other options…?’

Would they interrupt and take charge? ‘Excuse me sir, but we’d like to cancel that seventh burger – Will’s cholesterol count is perilous’

Would they act ‘non-invasively’, insidiously influencing us FOR OUR OWN GOOD? Me: ‘Weird, I haven’t fancied a burger in ages. Just don’t even like the idea of eating a burger at the moment. Yuck. Got any apples?’.

Perhaps, being on-trend, they’d somehow combine visualization and gamification (add Transmedia for the full bonus point multiplier) and use these powerful levers combined to inform and influence our behaviour? ‘Calories consumed today – 2,587, 7% more than your daily intake, 45% more than other 33 year old males in your neighbourhood’ etc etc

So there’s the whole ‘even if they did exist, how would they manifest themselves’ that I’m sure will be figured out pretty easily.

But the thing that really interests me is then what would life be like in world where this happens universally?

If everything, every edge of our personality, every burr and rough quirk, was evened out like some kind of valium-for-behaviour, thanks to algorithms, what would society be like?

Would algorithms and then perfecting brilliance make life really better?

Or would we be like GAP advert cut-outs, wandering through clean streets (this is making me think of Malmö in Sweden – a truly lovely place to visit), pastel-coloured pullovers drawn over our shoulders, sipping healthy volumes of mineral water and smiling like lunatics?

The last bit of this thought about algorithms brings me eventually to art.

In my philistine and fairly primitive mind I end up thinking, ‘what is the opposite of consistent and optimised and right-first-time?’. And I’ve probably got the wrong end of the stick but I end up thinking that maybe art is the last bastion of humanity – maybe this is what art is, the mess, the edge.

And then, just as I think I’ve figured it out – that algorithms will make life better (shallow), but not BETTER (deep) – I remember the art that Matt Pearson aka Zen Bullets creates or at least oversees. It may be worth noting that Matt also does not see this as art, but we disagree on this.

And so there it is, in all of its glory: art created by fucking algorithms!

And at this point I give up. I submit to the all-pervading algorithms. Will algorithms make life better? Shit, I hope so. I guess our only help is in influencing the definition of ‘better’ 🙂 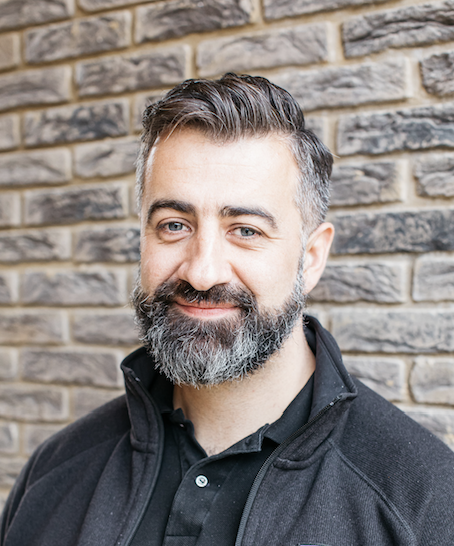