So while many of you helped last week with improvements to Chapter 1 on Purpose, I was writing this second chapter on Democracy at work.

If this is your first time here, you can find more the Contents of Culture Shock here.

Again, over this week I plan to release 3 chunks that represent a good 80% of the chapter.

Again, I am very grateful for all and any feedback. 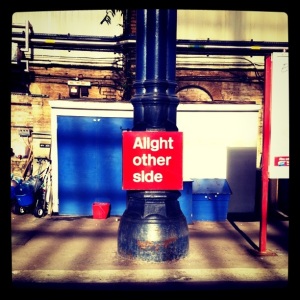 In this changed world we now operate in the military paradigm of top-down, command and control is simply too slow and too stupid for the 21st century. Even the military agree with that.

This world is markedly different and any organisation today has to deal with radically different forces to its predecessors from generations before.

We face massive competition from a new set of global competitors, market and organisational disruption from the relentless advance in technology, seismic shifts in the role of institutions in society and the changing attitudes of a changing workforce. Oh, and the unstoppable movement towards greater consciousness about what our actions are doing in the world around us – a search for higher meaning and more sustainable behaviours.

So how we distribute power and make decisions simply must evolve. Contemporary businesses that intuitively get this are creating genuinely innovative methods for decision making and also reviving ancient models that had become pooh-poohd in business circles.

At their very core, these organisations are flipping convention on its head and showing us all smarter, more profitable and way cooler ways to get decisions made at work.

The very idea of ‘democracy’ (did you just say DEMOCRACY?) at work is seen as subversive, ‘participation’ is seen as a nice to have, whilst collaboration is increasingly an empty buzzword, thanks to technology vendors banging on endlessly about how their system will enhance collaboration.

So why do these new more social businesses establish these alternative and seemingly subversive approaches to decision making? This is hippy stuff, right? ‘So you all sit around in a big circle every time you want to make a decision?’ Cue roll of eyes. Love it!

The simple answer is: because it makes sense. Business-sense. Society-sense. People-sense.

And in five or ten years time, this is going to be mainstream. (It is already becoming so and rapidly). And by then, the window of opportunity and advantage for the courageous and the ‘irrational’ – that’s you, I hope – will have passed. Now is the time!

Here are some of the major factors driving our organisations to change how decision making happens:

Why? Because we’re living in a world where great chunks of the internet are run on Open Source software, powering the internet servers your information flows through every day. Software like Apache server, which runs 65% of internet servers, and the Mozilla Firefox browser, contributed to by small and large communities of software developers that have often never physically met. Linus Torvalds, the initiator of Linux – which Google’s Android operating system is based on and which the 10 fastest supercomputers in the world run on – has Linus’ Law named after him which says that ‘with enough eyeballs, all bugs are shallow’. A bug is a problem or glitch that a lone developer gets stuck on and cannot fix. By opening up that problem to broader base of participation as Torvalds did through developing the rock-solid technology Linux all bugs became shallow.

Vitally, Linux and Open Source software in general are seen by the developer community to be more secure, more robust, more reliable than the proprietary alternatives. Because the sunlight of transparency shines into their code, because of Linus’ Law.

Working together in a flat, loosely connected network, in a peer-to-peer fashion, built out the most significant advance in human society in the last thousand years (that’s the internet). What Linus’ Law tells us is how an inclusive approach to management and production can lead to much higher quality end-results.

So the question for us in organisations is are we getting enough of the right eyeballs on this problem, and if not, how can we through a different approach to the decisions we make about our work?

Why? Because your team, your organisation is filling up with Gen Y, who are becoming a significant part of the workforce. These guys just will not accept top-down. Having grown up in a different world, they have radically different expectations from work. “In the workplace, Gen Y tends to favor an inclusive style of management, dislike slowness, and desire immediate feedback about performance (Francis-Smith, 2004). And again: “Speed, customization, and interactivity – two-way nonpassive engagement – are likely to help keep Gen Y focused (Martin and Tulgan, 2004).” You will fail if you do not involve these guys. But get them on board, and you’ll fly!

There are two big benefits here. Firstly, by actively involving your teams in the making of decisions you will improve the quality of those decisions (Linus’ Law). Secondly, working with your people and in particular those from Gen Y you will be significantly enhancing their engagement with those better quality decisions, their willingness to follow through, their hearts and minds.

Why? Because this massively connected and rapidly evolving world is moving at a pace that our organisations are struggling to keep up with. There’s a whole chapter on this later on in the book – see Flexibility & Realtime. But in brief, we simply cannot wait these days for messages to filter up and then back down when the events and information flowing around our markets move so quickly. A PR guy from a major European rail operator said at an event we were both contributing to: “when there was a crisis we used to have twenty minutes before the news broke during which time we could get a handle on the situation; today we have twenty seconds”. Gulp.

Funnily enough often the objection to participative and empowered forms of decision-making is that ‘we don’t have the time!’. Perhaps the real challenge is that we do not have the time to go through the conventional decision making processes, to reach bottlenecks, to wait for a pending decision to ping around the organisation whilst change and disruption happens in the real world? Perhaps it is a bit like the aphorism ‘I couldn’t afford to buy cheap’ – counter-intuitive, speaking to the pressures that are faced, but cutting through the crap?

And once more, why? Because of the internet! In their prophetic, brilliant work the authors of The Cluetrain Work wrote back in 1999 that ‘Hyperlinks subvert hierarchy’. As they foresaw, in this world where the internet massively connects at all levels, regardless of title and office in the formal hierarchies, our influence and attention flows to the person that can actually fix the problem.

For example, in my first and only proper job, there was a lovely receptionist called Margaret. A long-standing loyal employee, Margaret had little formal power or influence. But once you got to know the business, you knew that there were a whole load of questions and issues to which only Margaret would know the answer.

Today the Margarets of this world are connected to many more people that seek answers: and so we see the rise of the engineer that voluntarily fixes customer problems out of hours on Twitter, the senior manager who listens and joins in with real customers to understand their real and unfiltered feedback anonymously in forums that she just cannot access through conventional means, and the growth of new teams and roles to provide customer service in the social web in response to sub-set of customers who know that they can get the fastest response to their issue by kicking up a fuss in the public social web. Hyperlinks have indeed subverted hierarchy. Today, the most accessible, highest quality and fastest answer wins. Your organisational structure either helps that, or gets in the way.

The prize of participative working

So contemporary organisations are employing smarter ways to decision-making for very powerful and tangible business benefits, including:
• To enlist the highest levels of engagement from their workforce, which is consistently proven to closely drive profitability
• And within that, to get the very best talent and results with the whole workforce, including from Gen Y, the new generation in the workforce who have very different expectations
• To increase collaboration, leading to greater innovation and less over-dependence on a few ‘knowledge hoarders’
• To be able to adapt internally more quickly in an unpredictable and highly adaptive environment
• To be able to effectively communicate at the new speed of business, which is closer and closer to real-time thanks to technology

The next section will look at some of the building blocks of greater participation at work, and then some case studies of best practice and the final section will cover suggested steps on ‘how to make it happen in your organisation’.

Please provide feedback: via comments on this post, via email to wmcinnes@gmail.com, tweets @willmcinnes #cltrshck (no vowels, we’re crazy like that).

4 thoughts on “Chapter 2: Democracy, Why Democracy at work?”