Three very basic concepts I’ve slung together to help explain to myself some of the things I feel are happening as a result of all of our contributions to the sprawling social web. 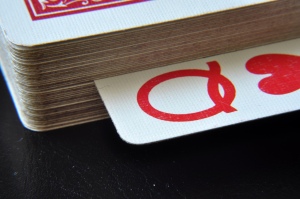 The first layer is the world most of us can see with our eyes unaided. The world around us. The ‘real world’ as some like to call it 🙂

Stacked on top of this are all of the ‘other’ layers.

So when I think about Google Streetview I think of it as a wafer thin layer on top of the reality I can see with my eyes unaided – it’s an overlay, an augmentation and an enhancement. 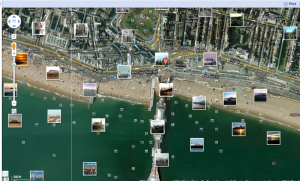 Something like restaurant reviews, location-based social network activity or photos placed by geolocation are further layers, stacked on top.

With the rise of open data we can see more and more information being released into the wild that can be created into still further layers or nuance and contour added to existing layers.

This is obviously particularly exciting as we start to use screens or projectors to place layers on top of one another right in front of our eyes.

Daemon by Daniel Suarez includes some lovely realistic ideas about an augmented reality available through a HUD in the form of some designer glasses.

And the William Gibson book Spook Country which includes dead celebrities visualized geolocatively (is that even a word), visible using a VR helment, was the first thing to really blow my mind about the possibilities of additional information rendered on a physical place.

It might be interesting to ponder what else can be thought of as a layer, or what will soon be created and released that can become a layer.

Some people have talked about works of art, currently limited to scarce space in galleries and so mainly stored hidden away, could be projected across whole cities as an available ‘layer’ to view and engage with.

It would be cool to me to see history applied to the present day as a layer. Imagine if you could ‘switch on’ history as you walked around Amsterdam, Boston or whatever place. That will be cool.

I wonder what else is possible? 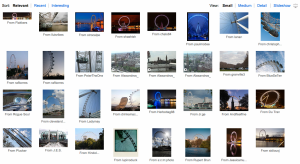 Another simple concept, Mosaics are the whole which is made up of all of the fragments that we each contribute. This is really obvious when you search for heavily trafficked physical places in Flickr, for example:

You get a ton of images of the same or similar thing, each from a slightly different angle, camera, in a different light and so on. Together they make the mosaic.

I think in my simple head that this is a fusion of two things: spending lots of time in Flickr sourcing photos and seeing the effect of many individual contributions that make up a whole, and that mad cool Microsoft technology a few years back that creates a new reality out of lots of photo contributions.

If you want to you can find mosaics in Twitter hashtag streams, TripAdvisor, Gowalla, FourSquare, and probably loads of other places.

The opportunity to with mosaics is to find whole mosaics where at first we can only see the individual pieces, and to help others see them to. To reveal and then tap into something that is bigger than all of us. 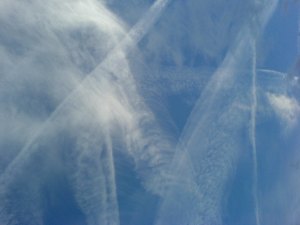 Contrails is the third of these related simple little terms.

Contrails really hit me when in San Francisco not so long ago, and I’d decided that to log my time there and share it too I’d try using Gowalla which had sort of evaded me until then.

Checking in to places around the city – mainly food joints – I was able to see this trails of the people there before me like the white contrails left behind jets in the sky. 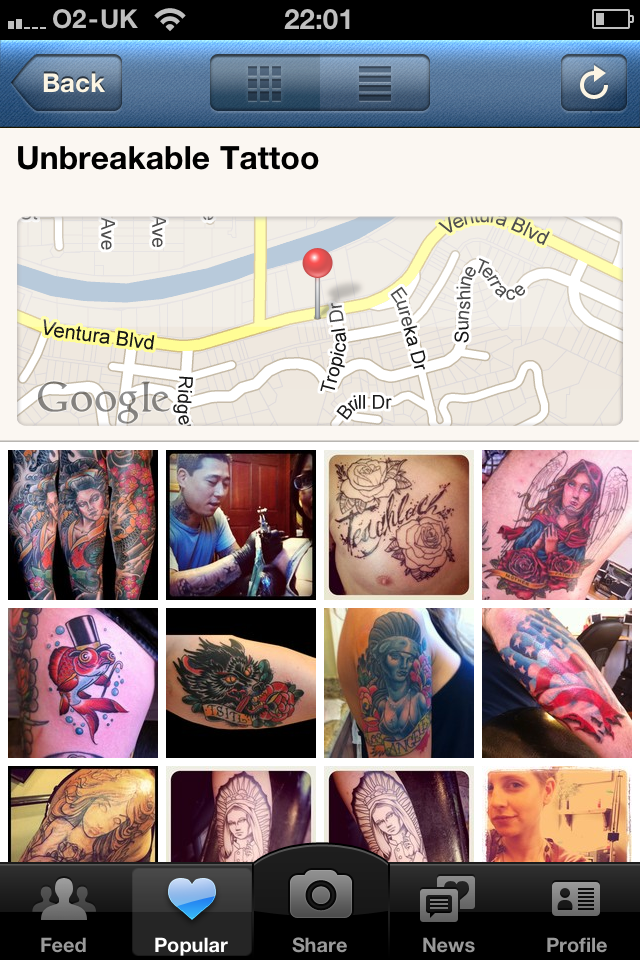 The people passing through…

These people, their faces, their notes about what to have and where to sit and their photos of the burger, the beer, the ballgame. Like a cookie trail left intentionally for others to follow. But many of them.

Services that seem to consciously employ our contrails seem to engage with our desires for self-expression and our narcissim and vanity too. Personally, I like services that give me control of my contrail!

But also there is the growing privacy debate, and perhaps a growing awareness that ‘if you’re not paying then you’re probably the product’.

So as individuals an understanding of personal contrails seems to be an important part of web literacy.

As providers of things (rather than as users/consumers), contrails may be an opportunity to help people by providing things that help them by storing their snippets, freezing them in time. Annotating them or sharing them. As Umair Haque said a long time ago, ‘the value isn’t in the data itself, it’s what the data flows through’ (or something).

With the rise of Big Data, the storytelling of our personal cookie trails seems like it will be a growth area.

Perhaps there are also ways to weave multiple contrails to help me as the consumer to understand the interaction between different areas of my life – like how often I run (say Nike+ or RunKeeper app), with how happy I am (Mappiness), with how much I’ve been travelling recently and where to (say one or other of the trip apps) with the new connections I’ve formed (via LinkedIn)… and so on.

So there you go.

Layers. Mosaics. Contrails. That is all.